We went to SD to see a Gogol Bordello show. Which was insane by the way. If you play two encores lasting over an hour, you're kinda kick-ass in our book. The hotel we stayed in was sick, and all thanks to Florian. there was one catch though, the elevators.... Those things were from the 50's, as was the whole hotel. They used to be the fasted elevators in the world, and people from all over would come stay at the hotel to ride the elevators. Well now-a-days, the things are super sketchy and super slow. People were constantly getting stuck in them and ringing the alarm. Vannester and Florian were the first in our group to get stuck and we had a good time laughing at them through the viewing hole. They should really update those things... 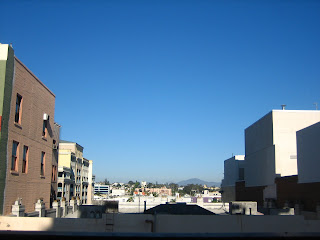 The view from the St. James hotel in San Diego, California. 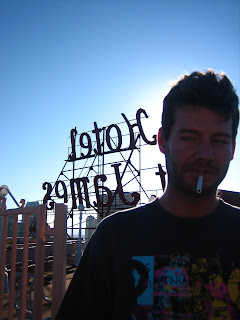 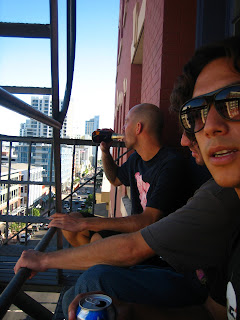 Drinking beers on the fire escape. 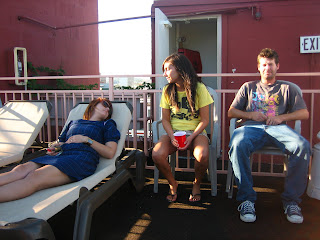 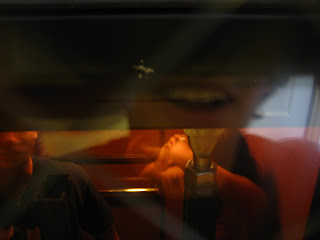 Vannester and Florian stuck in the elevator. You can see our mouths as we look in and laugh.
Posted by lugolugo