Ben Godwin is from Forster and the kid boosts higher than most
Disregarding his own body for the art of flight,
Ben was our motivation for most of our surfs in Australia.
While most people were thinking twice about surfing, Ben was already doing air reverse onto boogie boarders out the back. 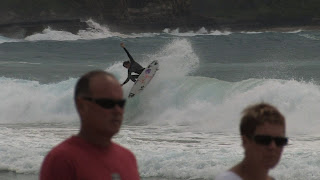 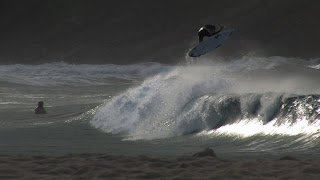 Apparently, Ben doesn't really like his knees. Alleyoop of death. 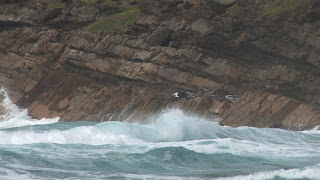 Still angry at his knees, Ben goes for the weird stuff.