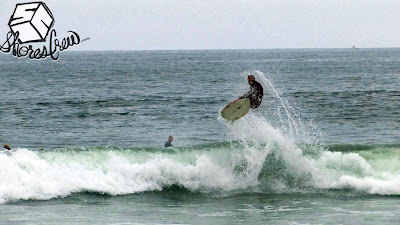 So with a little nudge nudge on our part Ben Brough, seen here as he recently boosted one in Newport, has revived his blog. Check it out! And then go to his art show.

Our own Hill Dweller, Ben Brough is going to be showing his new works soon!
JUNE 20th. 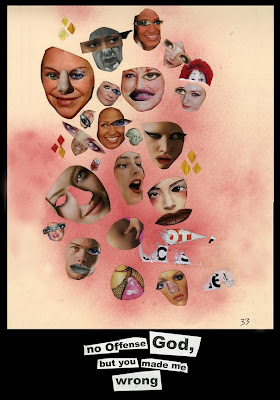 A nomadic, roaming upbringing aided in the development of California born, Big Island raised artist Ben Brough who is showing his work titled; "No Offense God, But You Made Me Wrong" on Saturday, June 20th at the Curbside Gallery in Santa Ana, CA. Brough's style was molded over the course of a life spent bouncing between Southern California, Hawaii's Big Island and Santa Cruz where his early influences including punk rock, corporate branding, and consumerism run amok. As an early contributer to the creative direction of the Orange County based Volcom Inc. Brough's influence can be seen widely today throughout much of the action sports world, however the artists remains completely independent in thought and execution of his work. His new collages will be on display at Curbside Gallery promises to inspire the acceptance of changing the way we look and feel, both mentally and physically, through food, sex surgery and consumerism. 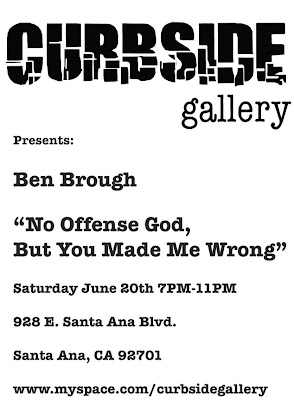 We love Ben, his wacky hairdos and even his defunct blog.
See you at the show!

Email ThisBlogThis!Share to TwitterShare to FacebookShare to Pinterest
Labels: art, art show, ben brough, no offense god but you made me wrong