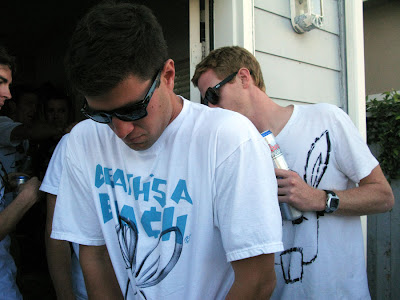 There was a massive bar crawl for the send-off of Greg the bunny Byers. Around 30 men, all dressed in white shirts, covered in sharpie and Drunk, flogged the town. Greg is leaving us for New York, where he will use his camera and lens to accomplish things. 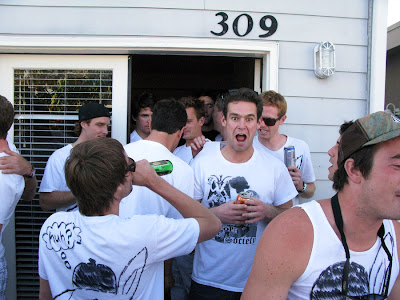 I saw them around 4PM, so you can image the state. 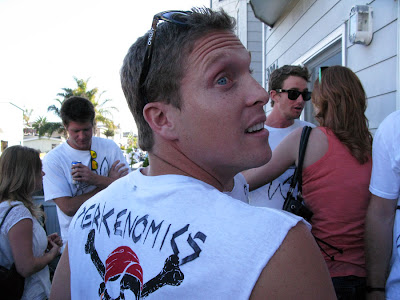 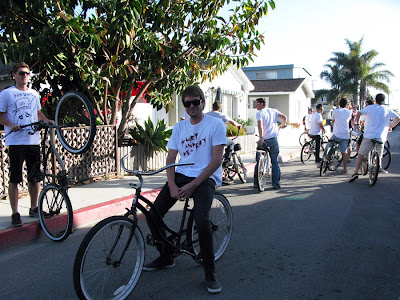 Nick Hunt, eye of the storm. 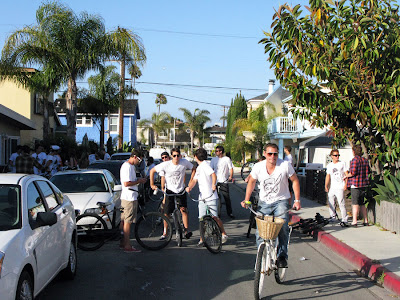 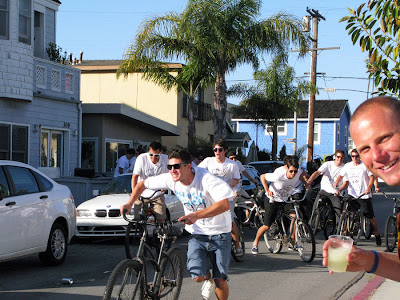 Greg says "to Mutt's!" and the ride is on. This pleases Nancy. 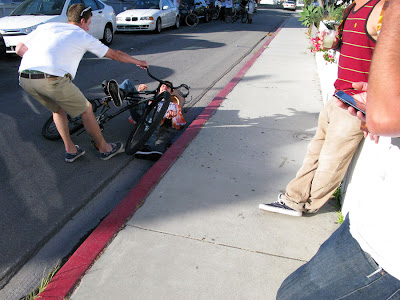 Morgan shit Hill did not want Jazzy to steal his bike.
Poor Jazzy's bike was stolen at the first stop.... 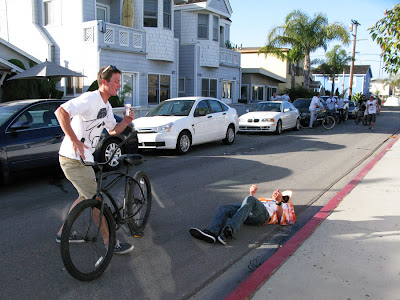 Of course, Jazzy fell in the only gutter-water on the whole block! 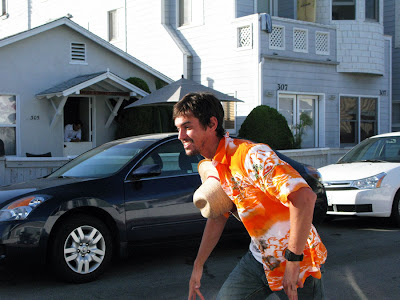 Later I hear the group was found at the Saloon, only to be kicked out after a few of them got naked and were photographed holding each other's baby arms. Also, Morgan might have gotten a few darts in the ass, before being told to put his pants back on. 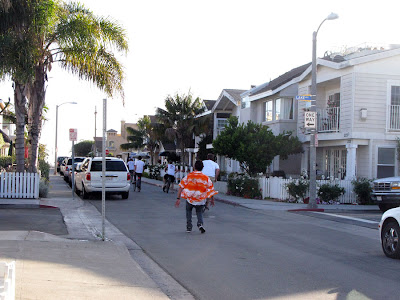