While we're revisiting the Cali Rally, let's take a look at somewhere you're not suppose to look at. This break is home to surly locals, and even though it's on every map and trail head with directions, it's just off the beaten path enough that people still get their fun board riding commando stance pants in a bunch over people lurking it. Oh well, good looking right. 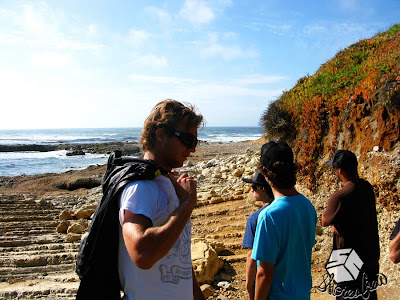 The group at ground zero. 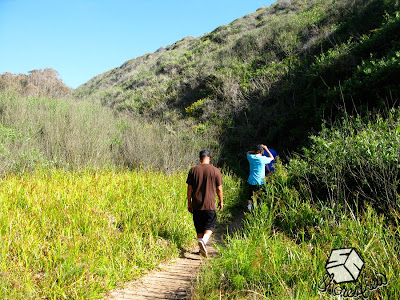 Expecting locals to jump out of the bushes at you. 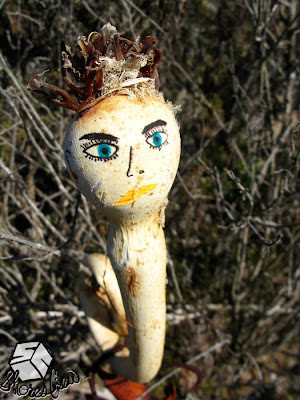 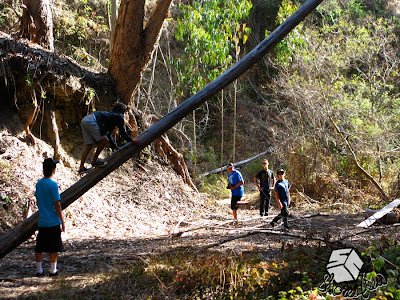 Mucking around in the forest. 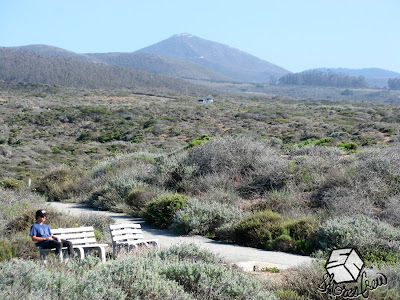 Little D takes a moment to soak it all in. 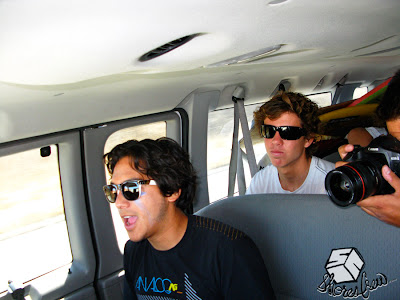 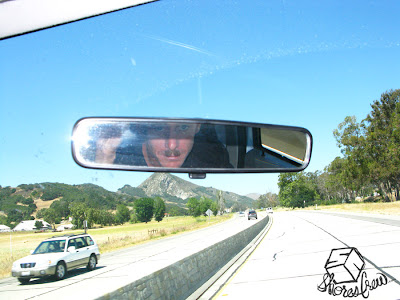 Hoyer and his Hitler stache won us valuable points. 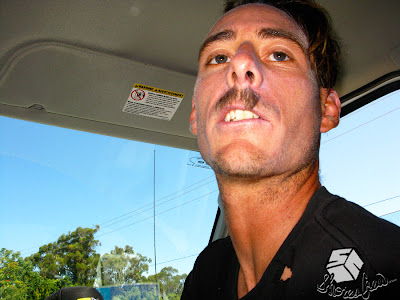 Gotta have some balls to rock that thing. 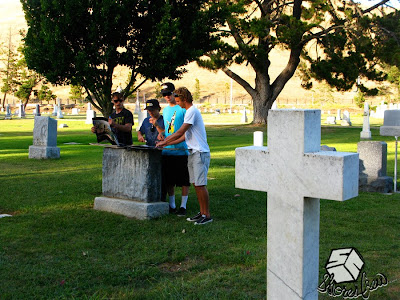 We held a promo and autograph signing, but no one came. 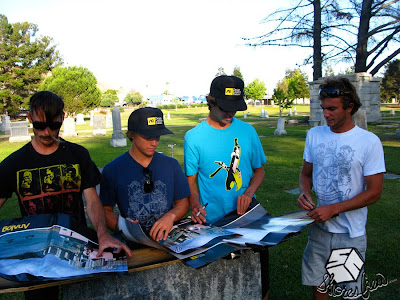 Do we have enough posters? 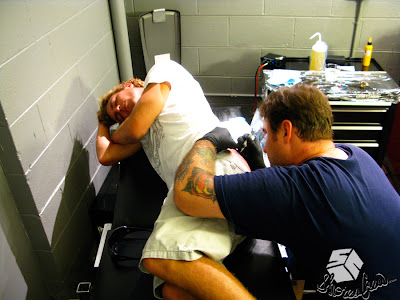 Really taking one for the team, Bones gets inked. 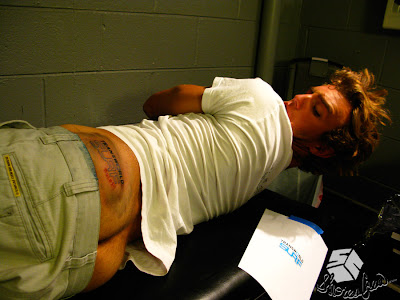 Looking back after it was finished he just laughed, and called himself an idiot.
That's a team player though folks... Wow.

Check back for more action from the Cali Rally as we show you Santa Cruz and the Paint Ball shoot out at Morro Rock.